MEET THE OCELOTS: An interview with Tom from THE LAST PLANTAGENET?

Today the Ocelot Blog Hop begins in earnest.  I get the party started with an interview with Tom, one of the principal characters from Jennifer C Wilson's novella The Last Plantagenet?, in which a present-day young woman called Kate finds herself transported back in time to the summer of 1485, to the court of King Richard III in the weeks leading up to the Battle of Bosworth. 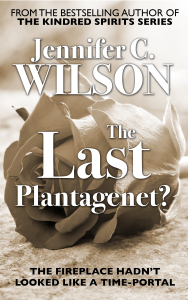 Welcome, Tom.  It is good to meet you in person.

When you first met Kate, you told her that you’d been with King Richard for years, since before he was king.  What did you do before then, and how did you come to be part of his household?
I certainly fell on my feet here. I grew up near Middleham you see, but when my father died, well, there were no other options available. I went to the castle, found work, and when the Duke arrived, ended up attached to his part of the household. I’ve been with him ever since.

You noticed straight away how the king “flirted” with Kate when he first saw her.  Did this surprise you?
It did, I’ll be honest. I mean, we'd only lost Her Grace, Queen Anne, a few months ago, and he hadn’t shown any interest in anyone since. There’d been the official communications of course, regarding potential marriage negotiations, but nothing with any of the ladies at court.

Were you surprised at how quickly their relationship developed?
Yes, but I suppose, grief and romance are odd things. He was so saddened, of course, by the loss of Edward and Anne, and Kate, well, she was different. He needed that, something, or somebody, to bring him out of himself. And I’m glad she came along, just like that, before... well, before. He deserved some happiness.

You were in the very privileged position of being the king’s confidant, and he clearly trusted you.  How did you cope with this responsibility?
Firstly, by keeping it mostly to myself. None of the nobles and fine ladies needed to know that King Richard confided in the likes of me, after all. When there was somebody who needed to know, or who I felt I could trust myself, like Kate, then I didn’t mind letting them know the position I hold, but for the majority of the time, nobody fell into that category.
I know he was the king, but he had worries like the rest of us, and doesn’t everyone need somebody they can be themselves with now and then, rather than putting on a front all the time?

What did you think of Richard the man, as opposed to Richard the king?
Like I said, he was the king, and I respected him in that role. He was a fair ruler, and a fair master. I’m not going to go so far as to say we were friends, I know my place, after all, but I like to think I saw the real man: the one who had grown up in such turbulent times, had lost so many members of his own family, and been through so much. Nobody would come through that unscathed, and I know plenty of others, and other families, were in the same position, but still, it isn’t easy. Richard the man had seen all of that, and was still a good ruler. That says a lot, about both sides of him.

Do you think the king was genuinely in love with Kate?
I don’t know. It was all so quick, and love is a strong word. I think she made him happy, for their brief time, and I know he was planning for the future, with her being a part of that, but who knows in what capacity? I have a feeling, if things had gone differently at Bosworth, she would have been an important person in his life going forward, and would definitely have been given a place at court.

Were you in love with her yourself?  How did you feel when she disappeared (just before Bosworth)?
No, not me. I really liked her, and liked how she made the king feel, but there was never going to be more than friendship between us. So yes, I was sad when she left, and surprised. It did cross my mind that perhaps she had been an enemy to us all along, perhaps trying to find out what she could to help the Tudor, but that thought didn’t stay with me long. She was so genuine when she was around the king, and I don’t think you could maintain that as well as she did. I wish I knew where she had gone, and what happened to her; I think we could have been good friends to each other in this new reign.

Did you fight at Bosworth?
I did, but to my eternal shame, I got separated from His Grace, just before his final charge. A group of us had been heading towards him when we saw what was about to happen, but by then, there was nothing we could do. Once it was clear he was dead, we thought the best thing would be to get ourselves away to safety, and regroup.

What did you do after Bosworth?
A group of us stayed together, and made our way to London; we thought that was as good a place as any to be, to see whether any resistance might rise up against the Tudor. But there was ultimately nothing we could do. It was pleasing to see the young Elizabeth at his side, as a York queen, but it wasn’t the outcome any of us had truly wanted.

Some people claim that King Richard arranged to have his young nephews killed so that he could seize the crown for himself.  Do you believe that? If not, what do you think might have happened to them?
I don’t believe he killed them. He had nothing to gain. They had been declared illegitimate, and given how things were in the country at the time, we needed a strong king to take charge anyway. I truthfully don’t know what happened to the boys, but there are plenty more who benefited from their death, and for me, you don’t have to look much further than the man currently wearing the crown. He and his scheming cronies strike me as the sort of people who wouldn’t pause for a moment in the killing of a child, whereas Richard, no, he had more heart than that.

Thank you, Tom, for a fascinating chat.  And I don't for one moment believe that King Richard was guilty of those murders. 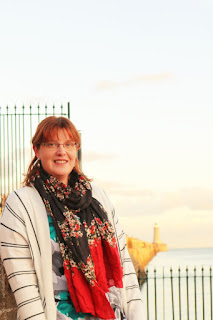 Jennifer C Wilson, author of The Last Plantagenet? and the Kindred Spirits series of historical novels.

For this week only, the Kindle edition of The Last Plantagenet? is on special offer at just 99p.  And Jen is also offering a prize of a free copy of Kindred Spirits: Tower of London (the first book in the Kindred Spirits series).
To be in with a chance of winning, click on the link above to go to the book's Amazon page, click on "Look Inside", and find the answer to the following question:
Why is Richard III miserable about the guided tour which he and Anne start haunting?
Message your answer to Jen directly by using the contact form on her blog:
https://jennifercwilsonwriter.wordpress.com/contact
The competition will stay open until midnight tomorrow (30 October), UK time.