A LIGHT IN THE DARKNESS

Today it's my turn to take part in this wonderful December Blog Hop.  So here is a little light relief from politics.

December 13th is the feast day of Santa Lucia, which has great significance in Sweden.  The date of the feast falls very close to the winter solstice - the shortest day of the year - and many believe that as the name "Lucia" means "light", the saint signifies light and hope in the darkness of a cold northern winter.

The original Lucia was born in the late third century AD in Syracuse, Sicily, at a time when Christians were persecuted and forced to hide in the depths of the catacombs.  Lucia secretly took food to them, and to light her way through the darkness underground, she wore a crown of candles on her head (a early form of the head-torch, I suppose) so that both her hands would be free to carry the food.  The tradition of this candle crown lives on, in the way in which Lucia is commemorated today in homes and churches all over Sweden. 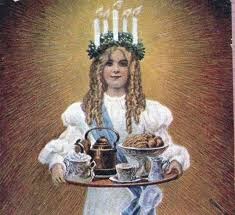 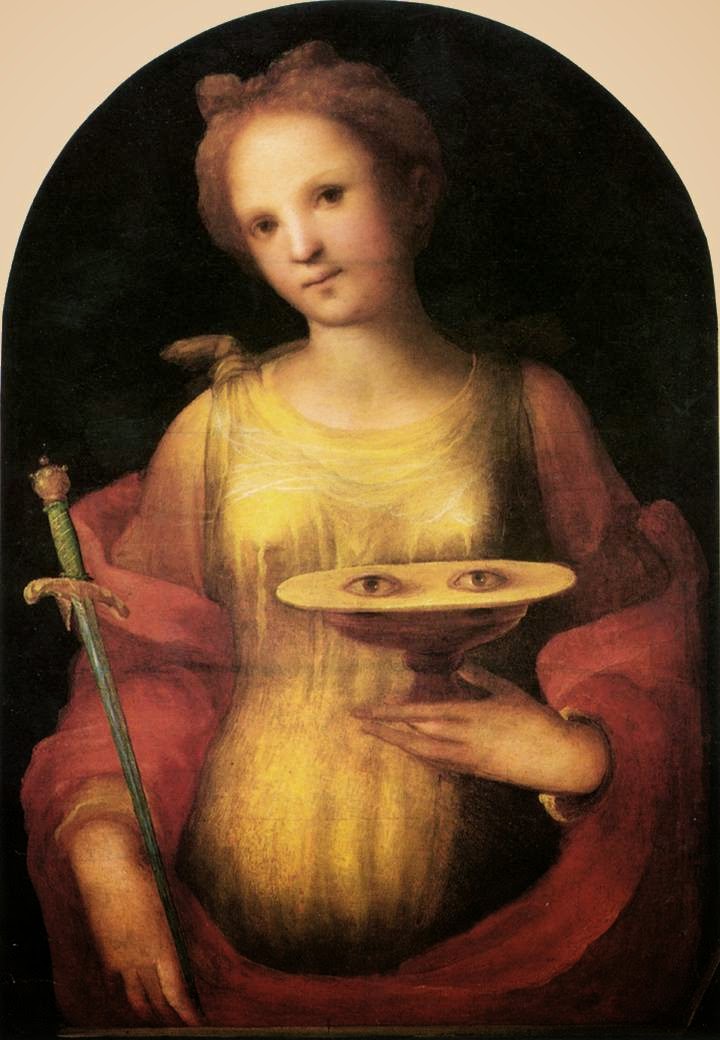 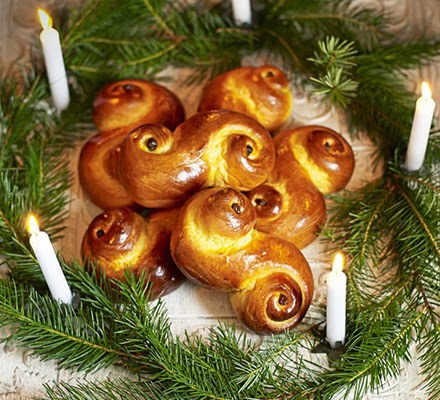 Thank you for your company.  Be sure to visit the tour again tomorrow, when the guest is my dear friend Cathie Dunn. 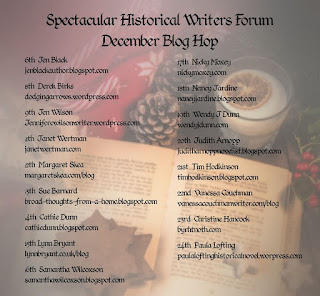