Today I have another extra-special guest on my blog - my friend and fellow-Crooked Cat author Tim Taylor, who is here to talk about Life, The Universe, Revolution, and the Crooked Cat summer sale. 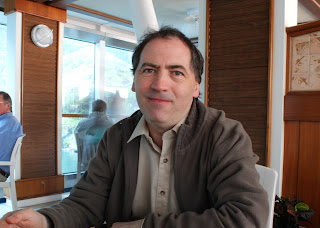 Hello, Sue, and thank you very much for inviting me to visit your blog.

My pleasure, Tim.  Please tell us a little about your new novel, Revolution Day.

It follows a turbulent year in the life of a fictional dictator, Carlos Almanzor. Now in his seventies, Carlos is feeling his age and seeing enemies around every corner. And with good reason: his Vice-President, Manuel Jimenez, though outwardly loyal, is burning with frustration at his subordinate position.
Meanwhile, Carlos’ estranged and imprisoned wife Juanita is writing a memoir in which she recalls the revolution that brought him to power and how his regime descended into repression.
When Manuel’s attempts to increase his profile are met with humiliating rejection, he resolves to take action, using the resources at his disposal as Minister of Information to manipulate Carlos and drive a wedge between him and Angel, the commander of the army. As Manuel begins to pull the strings, Juanita will become an unwitting participant in his plans.
There is more information about the novel, plus some tasters, on my website. 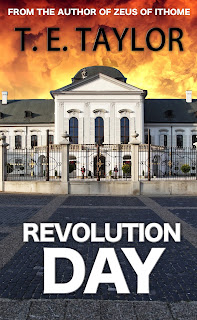 What inspired you to write this particular story?

For a while I had been toying with the idea of a novel about someone who has been very powerful but is starting to lose his grip as he becomes an old man. Initially I envisaged him as a king, but when a string of dictators (Hussein, Mubarak, Gaddafi) fell in quick succession I thought ‘why not a dictator?’. Then, as the ideas started to come together, I settled on Latin America because I wanted a strong, politically active female character, which would have been more difficult in a middle-eastern context.

How does it relate to your previous novel, Zeus of Ithome?

There is one point of similarity in that both novels describe a revolution – and because of that, there is a kinship between the aspirations of certain characters in both novels. But that is more coincidence than anything else; in other respects, they are very different. Revolution Day is set in the present, in a fictional country, whereas Zeus is set in the 4th century BC and chronicles real events – the struggle of the ancient Messenians to free themselves from three centuries of slavery under the Spartans – albeit through the personal stories of fictional (as well as some historical) characters.

As a fellow Crooked Cat author, I’m sure you will agree that Crooked Cat is a wonderful publisher.  How did you first hear about them, and what made you decide to submit to them?

A friend of mine in Holmfirth Writers Group, Kimm Brook (a. k. a. K B Walker) had published a novel (Once Removed) with Crooked Cat, and spoke highly of them. So I submitted the first three chapters of Zeus of Ithome and the rest, as they say, is history! They are indeed very nice people to work with.

Now please tell us a little about the real Tim Taylor!

What do you like to do when you aren’t writing?

Well, I like to play my guitars (I have fourteen!), and a bit of piano. I like walking up (or just being among) hills and mountains, especially on a clear day. I like to visit museums and watch plays. And I must admit that on occasion I succumb to the charms of general slobbing about.

Either Newcastle Brown Ale or a nice red wine, depending on my mood and circumstances.

Oh, so many places!  South America, the Himalayas, China, India. If I won the lottery (or had a huge bestseller) I’d buy a big boat and spend a lot of my time travelling the world.

If I could have back the few months I wasted getting bored at home before I went to university, I would do a lot of the travelling I have never had time to get around to since then, and go to some of the places I have just mentioned!  At the time, I didn’t realise how rare and precious it is to be free of commitments and responsibilities.

Thanks again for hosting me, Sue, and for those thought-provoking questions.


Tim’s first novel, Zeus of Ithome, a historical novel about the struggle of the ancient Messenians to free themselves from Sparta, was published by Crooked Cat in November 2013; his second, Revolution Day, in June 2015.  Tim also writes poetry and the occasional short story, plays guitar, and likes to walk up hills.
Posted by Broad Thoughts From A Home at 09:59