TIME AND TROUBLE - a guest post by Nancy Jardine

Today I once again have the pleasure of chatting to my dear friend and fellow-scribe Nancy Jardine, who is here to talk about her new mystery thriller, Take Me Now. 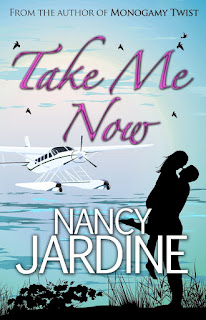 How much trouble is time with you? Hmm. That might sound like an odd way to introduce a blog post but, for me, the aspect of time is a huge factor in my novels.

Getting the timeline correct for my contemporary mystery thriller Take Me Now took a little work since my main female character, Aela Cameron, has a finite amount of days in her temporary employment contract with Nairn Malcolm. There’s no hanging about for Nairn who likes everything done in a hurry – even though he’s a tad incapacitated. The mystery needs solved before what is potentially lethal really does become a deadly outcome, so the days are numbered in the storyline.

In Take Me Now, I wanted to convey two main things about Nairn Malcolm. One was that a normally active and energetic alpha male like Nairn would have major difficulty with incapacitation and wouldn’t stop doing what he normally does just because he’s sporting a pair of crutches under his armpits. The second thing was that someone like Nairn’s business schedule would still be equally as important to him as finding the saboteur who is both harming his businesses and himself.

The sequence of events in Take Me Now is compressed into a few short weeks, the temporary contract for Aela being set at one month. I dithered a little over that decision because the healing of broken bones averages at around 6 weeks but then concluded that after four weeks an enterprising invalid will have found sufficient strategies to make being ‘almost normal’ a workable thing. Since I wanted to inject some humour into the novel, I’ve made Nairn’s initial weeks after his mysterious accident very action-packed, though also very frustrating for a developing romantic situation. Crutches and broken ribs do not make a casual amorous clutch!

I’ve personally never suffered from any bone fractures so imagination had to kick in big time when I wrote the novel. How about you? Would you say it’s a reasonable assumption to state that after around four weeks, even though still in plaster cast/s an accident victim will have ‘almost’ normal mobility? And that an alpha male, aided by an equally alpha female (if there is such a phrase), would manage to cope much sooner in the recuperation phase, as Nairn has?

Whatever your answer, I thoroughly enjoyed creating my damaged Highland Hero- Nairn Malcolm in Take Me Now.

Thank you for inviting me here today, Sue - it’s lovely to pop in to see you… 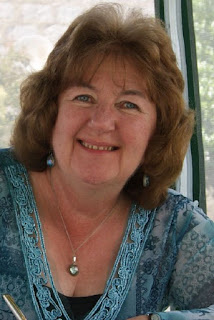