Today I have the pleasure of welcoming my friend and fellow-author Olga Swan, whose novel LAMPLIGHT is on special offer at just 99p for the next seven days.  I had the pleasure of working with Olga as editor of LAMPLIGHT, and also its sequel VICHYSSOISE (about which more later), and I can promise you that they are both highly fascinating and thought-provoking books. 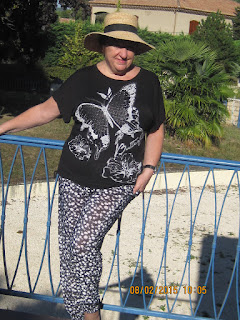 I’m honoured to be a guest on the blog of not only a veritable fellow-writer but also a future contestant on the wonderful Only Connect TV programme!  Thank you, Sue, for giving me the opportunity to talk about LAMPLIGHT.

“LAMPLIGHT” is an intriguing title.  What made you decide on this?

The best fiction titles give a hint of the era and genre, without giving away the denouement.  The LAMPLIGHT storyline takes us to the dark times of Nazi Germany, so the title was conceived from the lyrics of a popular German song of that era, sung by a lady whose presence on stage was brooding and enigmatic: Marlene Dietrich’s Lili Marlene.  It begins: Underneath the lamplight, by the barrack gates… 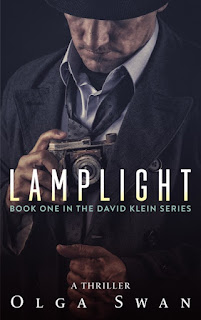 What first gave you the idea for writing this book?

Writers are always told to write about what they know – making the story flow freely, from the heart.  So all my stories contain Jewish characters having to overcome many difficulties in their lives.  I was born just after WWII ended, a time of poverty, struggle and rationing. I was therefore always drawn to what caused the war, particularly the events leading up to it.

When did you start, and how long did it take you?

I started putting together the first threads of this story more than forty years ago. I remember my dear, late brother Alan painstakingly typing it on his first portable typewriter. There is a scene in which my character is a seaman on board RMS Titanic – long before James Cameron had the idea for his immensely successful film!  Since then, Lamplight has benefited from many re-writes and adjustments to bring it into the 21st century.

Did you have to overcome any difficulties when writing the book?

After Alan died, I decided to write under the nom de plume of Olga Swan, made up from an anagram of his name. In this way my writing perpetuates his name forever.  In Jewish law, there is no finer thing to do than constantly remember loved ones who have passed away.

Are any of the fictional characters based on, or inspired by, real people?

Yes. David Klein is based on my late father, who grew up in Cregoe Street, Birmingham and went to Aston Commercial School, before running away to New York.  My father’s favourite singer of the time was Al Jolson, so David Klein works for the singer during his stay in New York.  The German girl Karin Schmidt is based on a German au pair who lived with us in the 1970s.

A lot of the action in the book blends fact with fiction.  Have you, or any people you know, had any direct experience of the real events you describe?

David Klein returns to England on the SS Manhattan in June 1933, on the same ship and the very same voyage as did my own father.  Research undertaken at Yad Vashem, the world centre for Holocaust education and commemoration in Jerusalem, reveals many ancestors with my unusual maiden name (therefore relatives) who were murdered by the Nazis. I struggle to preserve their sacred memory by bringing the name Olga Swan to prominence.

Is there a message in the story?

To read about tragic, war-time events of the past is the best way to ensure nothing like that ever happens again. Of particular importance is studying the lead-up to war so that we recognise in time when similar events happen or megalomaniac leaders gain prominence.

What can we next expect from you, writing-wise? 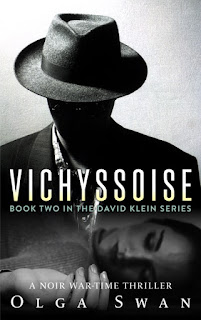 Hot on the heels of LAMPLIGHT, which is book one in the David Klein war-reporter series, is book two, VICHYSSOISE.  This will be released on 29th April 2016.  This takes our hero David Klein to Vichy France in 1942, where he searches for the elusive Karin Schmidt, the German lady who saved him in book one.

Much of the research for VICHYSSOISE was taken from texts in the original French, unearthing valuable material about the explosive trial scene of Maréchal Pétain and the workings of his infamous Vichy Government.  My theme here was to show that sometimes the ‘wrong’ leader can be elected, with catastrophic future consequences which an old, too-weak leader like Pétain is totally unable to cope with.  When looking back at history, it isn’t always black and white, evil versus good.  Sometimes the chaos theory of life can cause just as much upset.

To buy the e-book of LAMPLIGHT at the special price of just 99p for a limited period, click here.

Olga Swan is the pen-name of Gillian Green, who also writes children's books under her own name. She worked for thirty years at a leading red-brick UK university, and in 2000 she gained a BA Honours degree in English Language and Literature from the Open University. In 2005 she retired to south-west France with her husband and two dogs.

You can read her blog here.

Posted by Broad Thoughts From A Home at 17:24