HOW MANY WRONGS MAKE A MR RIGHT? - a guest post by Stella Birrell

Today I'm delighted to welcome another Crooked Cat author to my blog.  Stella Hervey Birrell's debut novel, How Many Wrongs Make A Mr Right?, is released this week. 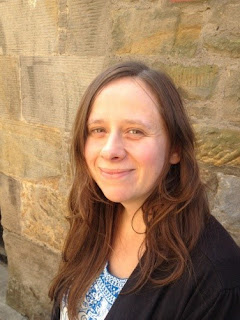 My name is Stella Hervey Birrell, and I am a writer.

It is still difficult to type these words and not immediately press and hold ‘delete.’ But ever since 2012, when I actually gave up paid work, I get up early every morning, and write while my children sleep.

The book that emerged, How Many Wrongs make a Mr Right? is a chick-lit-with-grit story about finding several Mr Wrongs before ‘the One’ arrives, on not-quite a white charger (OK, not at all on a white charger). My main character, Melissa, isn’t particularly likeable. More like a feminist-needy-religious-amoral-broken-anti-heroine in fact. I despaired; thought she’d never find the soul-mate she ‘didn’t even believe in,’ but she came through, just in time for my happy ending. 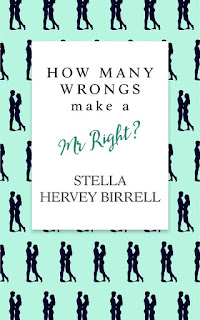 So, by 2014, I knew I could ‘just write,’ the best advice ever for budding and even blooming authors. ‘Of course your work is awful, the worst writing in the world is also known as your first draft.’ That gem from my beloved Radio 4. ‘Read every day. Write every day.’ This from my writers group, the backbone to my spinelessness, the metabolism to my lily-liveredness.

Several drafts later, I told myself firmly that it was ready, and approached thirty agents and publishers. Each agent expects you to tailor your submission to their company; after all they were doing me the favour by reading it. It was hard work but it was worth it.

Then the rejections started rolling in.

They were, for the most part, really kind. A lot of them encouraged me not to give up. But no one even wanted to read the full draft. Ah, me.

Summer came and I took a break. I thought I’d draw a line under the first novel, concentrate my efforts on the second. But when I looked at How Many Wrongs? it wasn’t half as terrible as I’d remembered. It deserved another chance. My cover email got better, good, excellent. I read up about each company I approached, rejecting them - me! Rejecting them! If they didn’t have my genre on their list, if their authors were 70/30 men/women: no submission. I got choosy.

I still didn’t get anywhere.

Then finally, finally, I received a request for my full manuscript. Cautiously, I sent it through, telling myself that it could mean everything, it could mean nothing.

I reminded myself: it could mean nothing.

On a normal Sunday morning, while I was yelling at everyone to get ready for church and I didn’t have time, I downloaded an email from Crooked Cat Publishing. There was a moment of ‘maybe I should read this later,’ but all the while my thumb was disobeying me. Luckily, the news was good.

I was offered a contract for my first novel.

Since that day, I have gone from feeling I’d been playing at something, something I wasn’t very good at, to feeling that I had been doing it.

I was a writer. I had been one all along.

How Many Wrongs Make A Mr Right? is published on Friday 15 April 2016, and is available from Amazon UK, Amazon US, Kobo, Nook and Apple iBooks


She can also be found wandering the streets of various East Lothian villages.
Posted by Broad Thoughts From A Home at 09:26