My guest today is the lovely Angela Wren, whose latest novel Montbel (Book 3 in the Jacques Forêt Mystery Series) will be released on 13 November 2019.  Here, she tells us how she discovered her leading character. 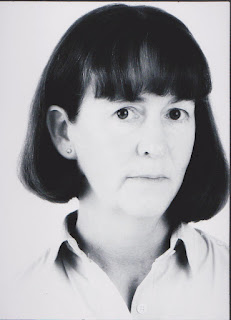 As a writer, ideas occur to me all the time.  No matter where I am or what I'm doing thoughts that might be useful in stories pop into my head.  Now, I always have a small notebook in my handbag so that I can jot down anything I see or hear that prompts an idea.  As I write crime, this means that I think about murder… a lot!  Methods for murder are also often buzzing around my head, too.

With my characters, the scenario is very different.  I start with a completely blank sheet of paper and I ask myself a stack of questions.  For Jacques Forêt, I knew instantly that he would be absolutely honest and the kind of man who was set on catching the baddies no matter what.  But for some time I had no clear idea about what he looked like.  At least, not until I spent a few days in Prémery – and that's where I would like to take you and your regular readers today, Sue.

Prémery is a small town in the département of Nièvre (58), which is part of the Bourgogne-Franche-Comté region of France.  Sitting at the side of the D977, the town has an elevation of around 800 ft above sea level and is surrounded by rolling hills covered in forests.  When here, I always use the local campsite, and when the charcoal burners are at work there's a lovely smoky scent to the clear air.

It's a short walk from the campsite, around the lake and down Rues des Donloups, into town.  At the château – which is little more than the remains of a 14th-century portal attached to a main building and a tower that date from the 16th century – take the street on your right.  It gives the best view of the château, and the tourist office is in the tower.  The château may be small, but we are in distinguished company here as the bishops of Nevers used the château as a summer residence right up until the 17th century.

If you continue past the château you will come to Grande Rue, which dissects the town.  Take a left here and the first shop on your left is the butcher's and the second is the boulangerie.  I can't visit this town without calling in here.  They make absolutely gorgeous cakes.  I can thoroughly recommend the Mille Feuilles, and the Tarte au Citron (my personal favourite) is to die for.  On this particular occasion it was market day when I walked into town and as I emerged from the bakers with my tart, all carefully wrapped, the man with the rotisserie full of sizzling chickens asked me if I was looking for something for lunch.   I pointed to my cake and said I had everything I needed.

It was only then I took any particular notice of him – and immediately thought, you're Jacques!  You are exactly what Jacques would look like and how he would sound.  Keeping my thoughts to myself I smiled and told him that I might come back for a chicken on another day.  I quickly made my way back to the campsite, got out my laptop and started writing a detailed description.  I also decided that, unlike the man with the rotisserie, Jacques would not be a smoker.  I gave that particular habit to his fellow character, restaurant and bar owner, Gaston.


Thank you, Angela - that was fascinating!  I really enjoyed the first two Jacques Forêt novels, so I'm really looking forward to this one! 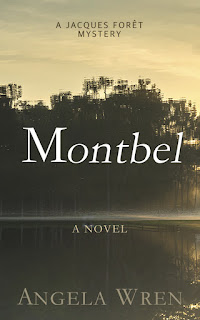 A re-examination of a closed police case brings investigator, Jacques Forêt, up against an old adversary.  After the murder of a key witness, Jacques finds himself, and his team, being pursued.  When a vital piece of evidence throws a completely different light on Jacques' case, his adversary becomes more aggressive, and Investigating Magistrate Pelletier threatens to sequester all of Jacques' papers and shut down the investigation.

Can Jacques find all the answers before Pelletier steps in?

Having followed a career in Project and Business Change Management, Angela now works as an Actor and Director at a local theatre.  She has been writing, in a serious way, since 2010.  Her work in project management has always involved drafting, so writing, in its various forms, has been a significant feature throughout her adult life.

She particularly enjoys the challenge of plotting and planning different genres of work.  Her short stories vary between contemporary romance, memoir, mystery and historical.  She also writes comic flash-fiction and has drafted two one-act plays that have been recorded for local radio.  The majority of her stories are set in France, where she likes to spend as much time as possible each year.
Amazon : AngelaWren
Website : www.angelawren.co.uk
Blog : www.jamesetmoi.blogspot.com
Facebook : Angela Wren
Goodreads : Angela Wren
Contact an author : Angela Wren

Posted by Broad Thoughts From A Home at 16:47