Isabel Long is in a funk months after solving her first case. The cops say she must work for a licensed P.I. before working solo.

Encouraged by her Watson — her 92-year-old mother  — Isabel snaps out of it by hooking up with a P.I. and finding a new case.

The official ruling is that Chet Waters, an ornery so-and-so, was unconscious when his house caught fire. His daughter, who inherited the junkyard, believes he was murdered. Topping the list of suspects are dangerous drug-dealing brothers, a rival junkyard owner, and an ex-husband.

Could the man’s death simply be a case of redneck’s revenge? Isabel is about to find out... 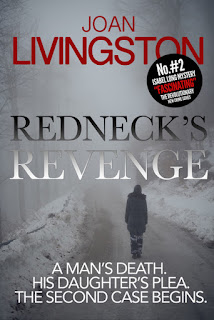 When I decided to write a mystery series, I wanted strong women characters. They wouldn’t be damsels in distress but women who knew what they wanted and went after it. Topping the list, of course, is Isabel Long, the protagonist of the series, which began with Chasing the Case. Redneck’s Revenge, its sequel and my newest mystery, was released on Sept. 26.

Isabel is a former journalist who turned amateur sleuth when she lost her job as managing editor of a newspaper. Isabel is not a sweet young thing. She’s got some miles on her. She’s smart, sassy and doesn’t take crap from anyone. She’s also a good listener with a big heart, which makes it easy to connect with people, especially since she encounters a rather rough crowd in Redneck’s Revenge.

A recent widow, Isabel is also done with grieving, and ready for a relationship with a man.

Then there’s her 92-year-old mother, Maria Ferreira, who lives with her. Ma is a big reader. Mysteries and spicy romance novels are her big thing. She’s also a great ‘Watson’ for Isabel, giving her ideas to ponder and even going on interviews.

Redneck’s Revenge has two other characters who don’t take crap from anybody. Isabel hits it off with them despite their different backgrounds.

Marsha, whom Isabel and her mother nicknamed The Floozy, is a character in the first book. She was an alibi for one of the suspects. In the second book, she introduces Isabel to her cousin, Annette, who hires her.

Annette, aka The Tough Cookie, runs a garage and junkyard that used to belong to her SOB of a father. She wants Isabel to find out how her father died. The cops say he was passed-out drunk when his house burned down. Annette says he was murdered.

Other women in Redneck’s Revenge: a woman police chief and the co-owner of a gas station, who eventually finds her inner strength.

Here’s an excerpt. Isabel goes to Baxter’s (a biker bar) with the cousins, for her case. By the way, the Rooster is the bar in Isabel’s town where the band played the previous night.

As we head toward the front entrance, I hear music, something by the group Alabama, bouncing through the walls. Beer signs flash through the windows. Ahead of me, Marsha marches inside as if she owns the damn place. She stops short of the dance floor, nods, and then points toward the far end. Annette already has a table. Some guy is talking in her ear while he stares at the cleavage rising about her low-cut sweater. She paws at him as she laughs.

Marsha turns toward me.

“She looks like she’s just having a good time.”

“Same difference.” Marsha slaps my arm and points at the band. “Well, well, look who’s playin’. It’s the Country Plowboys. You didn’t miss ’em after all.”

When the song ends, Marsha and I make our way across the thinning dance floor. Annette, aka the Tough Cookie, gives the guy she’s with a friendly push and says, “You gotta get lost now. Maybe later.”

The guy, in the usual country attire of flannel, canvas, and denim, checks us out, but he clearly isn’t interested. We take our seats. Marsha whistles sharply through her teeth to get the waitress’s attention.

“All right,” the Floozy says.

I glance around the barroom. It’s three times the size of the Rooster, with a long bar on one side and an actual stage. Tables border the dance floor on three sides. It’s dark inside except for the wide-screen TVs lit over the three shelves of booze behind the bar. The clientele is on the rustic side, which I expect and enjoy. Frankly, as a reporter and a denizen of the hilltowns, I found the natives often more interesting than the white-collar folks who commuted to the city.

That’s when I notice the beer cans. Everybody who doesn’t have a mixed drink has a can of Bud or whatever. The woman who took our order is carrying a tray of them.

“No beer in bottles here?” I ask my companions.

“Nah, it’s safer with cans,” the Floozy says. “Even the glasses are plastic. I’d say that was being real smart with this crowd.”

I hand the bills to the waitress.

“Keep the change,” I say, remembering the buck-a-round-rule at the Rooster.

The cousins are gabbing about the men, which ones are decent looking and who’s available for a roll in the sack. They appear to like men with hair and a steady job, which is a sound idea, or as Annette puts it, “I don’t want some guy spongin’ off of me. Did that. Won’t do it again.” They also don’t like guys with big beer bellies or steady girlfriends and wives. No sloppy seconds, the Tough Cookie says. 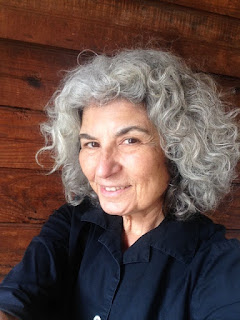 Joan Livingston is the author of novels for adult and young readers. Redneck’s Revenge, published by Crooked Cat Books, is the second in the mystery series featuring Isabel Long, a longtime journalist who becomes an amateur P.I. The first is Chasing the Case.

An award-winning journalist, she started as a reporter covering the hilltowns of Western Massachusetts. She was an editor, columnist, and most recently the managing editor of The Taos News, which won numerous state and national awards during her tenure.

After eleven years in Northern New Mexico, she returned to rural Western Massachusetts, which is the setting of much of her adult fiction, including the Isabel Long series.

Book links to Chasing the Case and Redneck’s Revenge:

Posted by Broad Thoughts From A Home at 21:50