As well as writing novels, I also occasionally like to try my hand at poetry.  Today I'd like to share some of it with you.  I know that poetry isn't everyone's cup of Lapsang Souchong, so if you don't want to know the score, look away now. 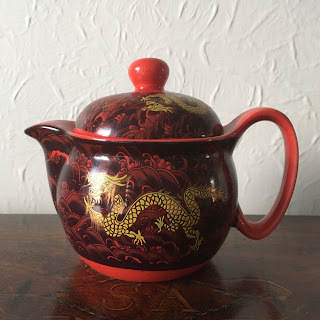 This blog actually began life as a poetry blog for National Poetry Writing Month 2013.  This event takes place every year throughout the month of April.  Each day a prompt appears on the NaPoWriMo website, and poets throughout the world are invited to take up the challenge and post their efforts on their blogs.  The latter probably calls for far more bravery than the actual writing.

Here is one such pathetic effort from that far-off time:

There once was a wannabe poet
whose verses were dire, sad to say.
Then one April, she found NaPoWriMo:
thirty days of a poem a day.

Each morning she looked at the website,
and in the available time
she grappled with form, structure, metre,
enjambement, content and rhyme.

'Twas the twenty-fifth day of the challenge:
"Write a ballad" the task on the site,
but by bedtime she'd still written nothing
and her muse had retired for the night.

She woke up at three in the morning
with a wondrous idea in her head,
but she could not write down this great epic,
for alas she'd no pen by her bed.

Then sleep once again overcame her
and hijacked her poor addled brain.
On waking, her great inspiration
had vanished like snow in the rain.

And if this sad tale has a moral,
it is this: always be on your guard,
for if you let go of the moment
you'll never succeed as a bard.


My blog even owes its title to poetry.  Fans of Robert Browning (I'm sure there must be some of you out there) will probably recognise the sly reference to one of his best-known works.  Here is an unashamed spoof of one of his others:

THE PIED PIPER OF LIMERICK

A small town in a faraway nation
had a terrible rat infestation,
about which the mayor
appeared not to care
(to the townspeople’s rage and frustration).

The plague had become so acute
that the townsfolk were quite resolute:
“We must do something here!”
Then who should appear
but a man in a weird coloured suit.

“I see you’ve a problem,” said he.
“Now listen: if I guarantee
to dispose of your rats,
give me one thousand crowns.  That’s
my fee.”  Said the mayor, “I agree.”

The stranger, with fingers a-quiver,
piped a tune which made all the folk shiver.
But the hypnotic air
made the rats leave their lair
and leap to their deaths in the river.

Oh, great was the joy in the town!
Then the piper said “My thousand crowns?”
When the mayor, looking shifty,
just offered him fifty,
the piper’s smile turned to a frown.

He glared, strode out into the square,
and, raising his pipe in the air,
played another refrain.
The town’s children came
and followed him – Heaven knows where.

The mayor’s desperate pleas went in vain,
for the children were ne’er seen again.
So the lesson inferred
is “You must keep your word”
and to think otherwise is insane!

If you're still with me, well done.  Go and pour yourself a stiff drink.

Please join me again tomorrow, when I'll be talking about going over to the dark side.  In the meantime, don't forget that all my Kindle titles are just 99p each for this week only.  Click on the book covers on the right to find out more.
Posted by Broad Thoughts From A Home at 10:36