THE IMPORTANCE OF SETTING - a guest post by Miriam Drori

Today I'm delighted to welcome back to the blog my dear friend and fellow-author Miriam Drori, who is here to talk about her first venture into crime fiction - and, in particular, the importance of setting in a story. 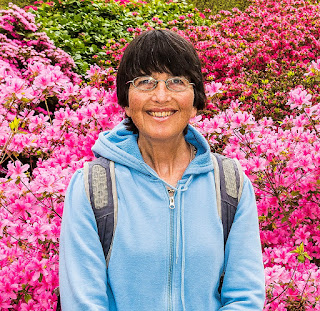 Thank you for hosting me today, Sue. I’m excited about the launch of my first crime novel, just five days from now.

I will get to the topic of setting, I promise, but I have to start by explaining how my first crime novel came about. The first novel I ever tried to write, in about 2004, was flawed because it didn’t really have much of a plot. It took me a long time to realise that, and I’m glad I eventually discarded it. But the main character, a loner who lived in Bournemouth, UK, remained with me. I just needed a good story for him. I came up with two ideas. What if he was accused of committing a murder? And what if he was sent to Japan on work? The second idea won and turned into my novel Cultivating a Fuji.

The first idea continued to intrigue me. But I couldn’t write that story with the same character, because Cultivating a Fuji follows my character to the end of his life. So I created a new character with some similarities to the other, and marked differences, the main one being that I removed him from Bournemouth and plonked him in Jerusalem, Israel – my home town.

What did that do for my character (now called Asaf), my story, my readers and me?

His apartment becomes smaller. I could have put him in a larger flat, but this one seemed right for him. Rentals are expensive here. He rides on buses, while in Bournemouth he walked. He sings songs in Hebrew for motivation. His work colleagues, rather than going off to the pub, hold a celebration in the office. Each attendee drinks one little glass of wine and eats a slice of cream cake.

The story includes several colourful Israeli characters and Nathalie, a new immigrant from France. Nathalie sometimes struggles with the language and customs, but she’s strong and not easily swayed. She continues to believe in Asaf’s innocence even though no one else does. Jerusalem has plenty of places that fit the story. The liberty bell (symbolising freedom) and French cheeses and baguettes in the market (reminding Nathalie of home) are two examples. 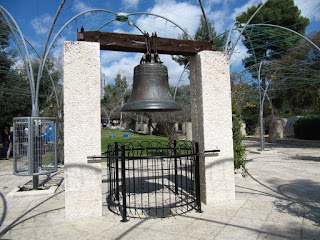 Readers will get to see a fair bit of the city they wouldn’t see as tourists. Dwellings range from a small place in a rundown (though improving) neighbourhood to a large, beautifully renovated house in the most sought-after location. Other fascinating cites are introduced in the novel. You can see some of them in this post.

I loved wandering around my city to research this novel. Setting the story in my home town also made it easy for me to take photos to show off to potential readers and anyone interested. That proximity would be convenient at any time, but particularly during these strange times when travel is so complicated. 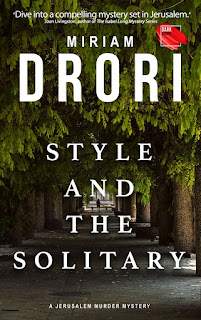 Style and the Solitary

An unexpected murder. A suspect with a reason. The power of unwavering belief.
A murder has been committed in an office in Jerusalem.  That's for sure.  The rest is not as clear-cut as it might seem.
Asaf languishes in his cell, unable to tell his story even to himself.  How can he tell it to someone who elicits such fear within him?
His colleague, Nathalie, has studied Beauty and the Beast.  She understands its moral.  Maybe that's why she's the only one who believes in Asaf, the suspect.  But she's new in the company - and in the country.  Would anyone take her opinion seriously?
She coerces her flatmates, Yarden and Tehila, into helping her investigate.  As they uncover new trails, will they be able to reverse popular opinion?
In the end, will Beauty's belief be strong enough to waken the Beast?  Or, in this case, can Style waken the Solitary?
Both paperback and ebook versions of Style and the Solitary can be ordered now from Amazon.

Miriam Drori is the author of several novels and short stories. The genres of her novels have ranged from romance to historical fiction to uplit. In her latest novel, she ventures into crime and returns to her home town of Jerusalem.

When not writing, Miriam enjoys reading and (when permitted) hiking, travelling and folk dancing. She is passionate about raising awareness of social anxiety.