RESEARCHING THE REFUGE - a guest post by Jo Fenton

My guest today is my dear friend and fellow-author, the fabulous Jo Fenton, whose second novel The Refuge (the sequel to The Brotherhood) is officially released tomorrow.  I had the pleasure of working with Jo as editor of both her novels, and I can promise you that anyone who loves psychological thrillers is in for a real treat. 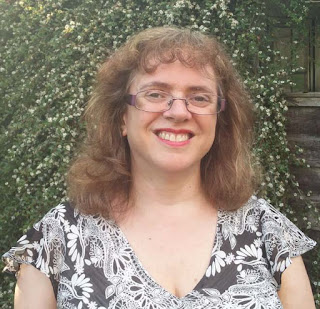 Thanks very much, Sue, for inviting me to talk about the research I did for The Refuge. I’m hugely excited today, as tomorrow is launch day!

Research falls into three categories:
·         The upfront research that I need to do before I get started on a novel.
·         The ad-hoc bits that I check up on Google as I go along
·         Those bits that I should have done up front, but didn’t realise I needed until I got started – these are the ones that require a bit more than a quick search on t’internet.

When Mel decides to turn the Abbey into a refuge for victims of domestic abuse, she needs to make several changes to the interior of the building, and to the rules of the residents to ensure the safety of her new guests.

I found the information on the internet to be quite limited (for reasons of safety and security), but I was able to adapt what I found to suit the purposes. There was sufficient detail available to inform the book, without getting into the nitty-gritty.

Jess was abducted when she was ten, and has been kept in grim conditions. Her reactions would be influenced by her own character, but largely would be typical consequences of what she’d endured. It was important to me that Jess was believable, and in order to ensure that, I had to check out a few psychology websites, and a great book that I have – Forensic Psychology for Dummies (I love the For Dummies books – fantastic resources for authors!)

The ad-hoc research was varied! From the review of the results of paracetamol overdose (that had to be abandoned, as it didn’t work with the story) to the evaluation of suitable weapons, I turned to the internet repeatedly.

However, many things I needed to know were regarding information given to new mothers about thirteen years ago. This is not easily found. The books were necessarily set in that period, albeit a relatively short time ago, due to the clinical trials that were conducted in the infirmary in The Brotherhood. This forced at least The Brotherhood to be set in the time just before the Northwick Park first in man trials that went so appallingly wrong in March 2006.

So, to find the required information, I reached out to friends – firstly those who had their children in around 2005-2007, and then my friends who were midwives at that time. I had huge help, particularly from Jodie Baptie and Louise Doyle, who were able to keep me on the right track, and tell me what was feasible with the advice Mel received regarding her baby.

I also did a bit of digging around of legal information, but the results never made it into the book, as the plot rendered it irrelevant – however, I would like to send a quick shout out here to Val Penny and Alison O’Leary for the helpful advice.

The bits of research that I should have done up front were mostly geographical, and were largely incorporated into the second draft.

The Abbey is in the countryside around Macclesfield. I kept the exact details deliberately vague. There is no abbey where I wanted it to be, so I decided to create an abbey and an imaginary village about a mile away.  However, when Jess escapes from her abductor’s house, she finds herself on the road to Macclesfield, and eventually in a charity shop in the town centre. 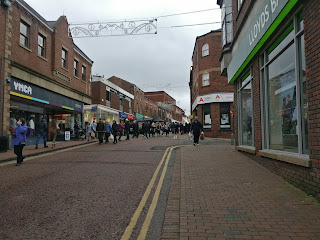 I did a reconnaissance trip, walking around the town centre (for about two hours) to find the charity shops, and to find the possible route that Jess would have taken. Several roads qualified, but as I don’t want to upset the real residents, I’m not going to publish too much about the area. 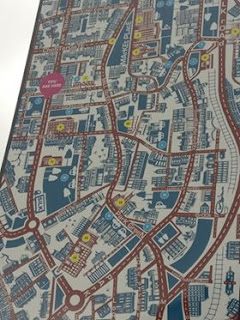 I do have the address in my notes, and when I had finished checking out the location on foot, I drove around the outskirts and identified a probable address – even going as far as to check out the orientation of the property, so that when Jess left, and headed to the main road, she would have been facing away from the sun!

I also needed to find a suitable place for Dawn and Alison to go missing, and again, although I was purposefully vague about the exact location, it was very clear in my own head. I was a bit shocked about just how big Macclesfield is. If I had done my research a bit sooner, I might have gone for a more compact area, but its location in being surrounded by countryside made it well suited as the nearest large town to the Abbey.

Research is a key requirement of any novel. 90% of my research never appears in the books, but it makes it possible to write lucidly and accurately. 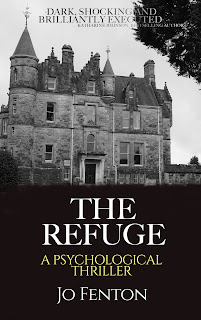 Blurb for The Refuge:

Following the death of The Brotherhood’s charismatic but sinister leader, Dominic, Melissa and her husband Mark resolve to turn the Abbey into a refuge for victims of domestic abuse. But when Melissa’s long-lost sister, Jess, turns up at the Abbey, new complications arise.

The Abbey residents welcome the new arrival but find it hard to cope with the after-effects of her past. As Jess struggles to come to terms with what she’s been through, her sudden freedom brings unforeseen difficulties. The appearance of a stalker – who bears a striking resemblance to the man who kept her prisoner for nine years – leads to serious problems for Jess.

Meanwhile, Mark also finds that his past is coming back to haunt him. When a mother and daughter venture from the Abbey into the local town for a shopping trip, there are dreadful consequences.

A build-up of tension, a poorly baby and a well-planned trap lead Mel, Jess and their family into a terrifying situation.

Can Jess overcome the traumas of her past to rescue her sister?

Jo Fenton grew up in Hertfordshire. She devoured books from an early age, and at eleven discovered Agatha Christie and Georgette Heyer. She now has an eclectic and much-loved book collection cluttering her home office.

Jo combines an exciting career in Clinical Research with an equally exciting but very different career as a writer of psychological thrillers.

When not working, she runs (very slowly), and chats to lots of people. She lives in Manchester with her family and is an active and enthusiastic member of two writing groups and three reading groups.

Posted by Broad Thoughts From A Home at 10:11