WHAT'S THIS THING WITH SOCIAL ANXIETY? - a guest post by Miriam Drori


Today my blog guest is the fabulous Miriam Drori.  Miriam and I have been friends and writing buddies for several years, and I'm delighted to welcome her back to talk about a cause which is very close to her heart: Social Anxiety.  Miriam has already written an excellent non-fiction book on this subject, and it has also inspired the plot of her brand-new novel Cultivating a Fuji, which is due out next week.  I've had a sneak peek, and I can promise you that it's an amazing story. 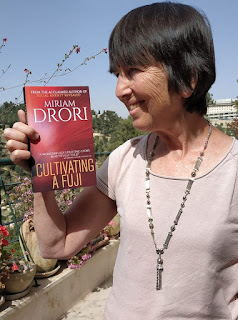 I’m not really obsessed with social anxiety. I have plenty of other things going on in my life, most of which make me happy, content and very thankful. And yet…

It was back in 2002 that I first heard the term ‘social anxiety’ and gradually realised it applied to me. It was when I joined an online forum for ‘sufferers’ that I realised that a lot of people who aren’t me have awful lives because of social anxiety. It was when I gradually came to the conclusion that a lot of people, in and out of the community of social anxiety sufferers, would benefit by knowing more about the condition, that I became passionate about raising awareness of it.

Writing was my clear preference of media, and I wrote a non-fiction book called Social Anxiety Revealed. 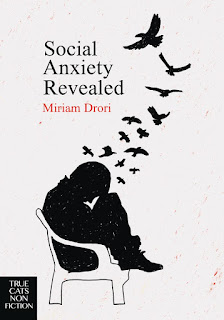 I was lucky that other sufferers, who I met online, agreed to have their words quoted in the book, as long as they remained anonymous.  And so the book, which was finally published in an improved version in 2017, shows social anxiety in its many forms and from different viewpoints.

But back in 2004, when I finished the first version and tried unsuccessfully to find a publisher, I began to contemplate writing a novel in which the main character had social anxiety. In a novel, I reasoned, thoughts and feelings that real people would be ashamed to express could be freely observed in the fictional characters.

Several self-help books on novel writing later, I began my own novel about Martin, who was formed from a hybrid of some of the people I’d met online. I filled notebooks with my writing, most of which found its way to the computer, and eventually my story was complete. Then I joined a writing group, where my novel improved immensely and I learned a lot in the process. But not enough. It was only when I paid for a critique that I realised my plot was no good, because not much happened in it. I’m so glad I discarded it.

Then I attended an Arvon writing course. In one of the sessions, we had to describe a character. I described Martin, of course. Then the instructors said, “Put your character in a place you haven’t been to.” At the time, I hadn’t been to Japan, although we were due to visit the country soon afterwards. But I’d heard a little about it from my husband who’d been on work trips. On one of his trips, he’d been compelled to take part in a karaoke session.

That was the seed for my new and much more exciting story, which uses Martin and some of the other characters from the original story. It is this new story that will be published in just a few days, on Wednesday, 15th May. In Cultivating a Fuji, Martin’s work trip to Japan triggers a long and difficult process of change. However, the novel is not all sad and serious. It’s full of hope and humour. 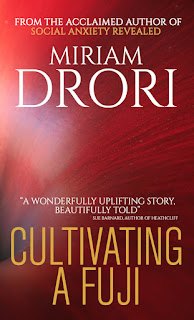 ***
To celebrate the publication of Cultivating a Fuji, Social Anxiety Revealed will be free to download this weekend, 11th – 12th May.

And everyone is welcome to take part in Wednesday’s online launch party for Cultivating a Fuji. It will take place over two time periods: 7:00 – 9:00 and 18:00 – 20:00, UK time. If you go there now and click Going, Facebook will (hopefully) remind you on the day.

Convinced that his imperfect, solitary existence is the best it will ever be, Martin unexpectedly finds himself being sent to represent his company in Japan. His colleagues think it’s a joke; his bosses are certain he will fail. What does Martin think? He simply does what he’s told. That’s how he’s survived up to now – by hiding his feelings.

Amazingly, in the land of strange rituals, sweet and juicy apples, and too much saké, Martin flourishes and achieves the impossible. But that’s only the beginning. Keeping up the momentum for change proves futile. So, too, is a return to what he had before. Is there a way forward, or should he put an end to the search now?

Gradually, as you’ll see when Martin looks back from near the end of his journey, life improves. There’s even a woman, Fiona, who brings her own baggage to the relationship, but brightens Martin’s days. And just when you think there can be no more surprises, another one pops up.

Throughout his life, people have laughed at ‘weirdo’ Martin; and you, as you read, will have plenty of opportunity to laugh, too. Go ahead, laugh away, but you’ll find that there’s also a serious side to all this…

Miriam Drori has decided she’s in the fifth and best stage of her life, and she’s hoping it’ll last for ever. It’s the one in which she’s happiest and most settled and finally free to do what she wants.

Miriam lives in a delightful house and garden in Jerusalem with her lovely husband and one of three children. She enjoys frequent trips around the world. She dances, hikes, reads and listens to music. And she’s realised that social anxiety is here to stay, so she might as well make friends with it. On top of that, she has moved away from computer programming and technical writing (although both of those provided interest in previous stages) and now spends her time editing and writing fiction.

Neither Here Nor There, a romance with a difference set in Jerusalem, was published in 2014. The Women Friends: Selina, co-written with Emma Rose Millar, is the first of a series of novellas based on the famous painting by Gustav Klimt. Social Anxiety Revealed (non-fiction) provides a comprehensive description of social anxiety from multiple viewpoints. Cultivating a Fuji is an uplifting tale of combating difference.

Future books will include a sequel to Neither Here Nor There.

Cultivating a Fuji is available as a paperback or can be pre-ordered as an ebook from Amazon.

Posted by Broad Thoughts From A Home at 09:25