My guest today is the fabulous Tessa Robertson, who is here to chat about writing in general and her two Russian thrillers in particular. 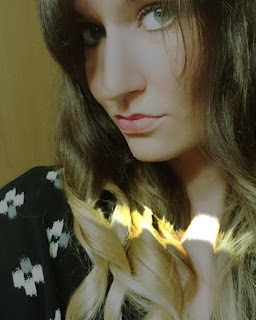 Welcome, Tessa!  What prompted you to first start writing? What was the first thing you wrote?

I first started writing novel-length stories at seventeen. I’ve always wanted to travel and in writing, I could go anywhere in the world. I think that’s what really prompted my writing in the first place. The stories back then were mostly historical romances.

My inspiration for Catalyst at Night is mostly the continuation of Mishka Vald’s story. With this character, I’m able to explore the dark sides of love, romance, and life.

I did quite a bit of research for Catalyst at Night. From Pinterest to mafia roles, I had my work cut out for me with Mishka.

For me, a typical writing day involves coffee, country music, and breaks where I surf the internet. Unfortunately, the latter seems to happen more than I’d like, but it’s a routine that seems to work for me. I try to write when the story flows and take breaks when it doesn’t.

Interestingly enough, I chose some of the character names in my Russian mob series from personal experience. During the day, I work at a law firm and we had a client who was accused of murder. I won’t say which character I borrowed his name for, but it is definitely one of the more dastard men. The other names were researched extensively because of the Russian theme. Only a few readers thus far have pointed out that my main character’s name, Mishka, is typically a male name. Of course, I had a reason for doing that and readers will find out in book three.

I try to plot as much of my novel before I start writing. Typically, I make a plot line with the scenes and movements of the story then later translate them into short paragraphs so when I start writing, I know exactly where I’m going. Other times, I let the characters and story guide me as I write. I believe it’s a healthy combination of both.

So many writers have influenced my writing. It’s difficult to pin it down to just one person when it’s a cluster of all the authors I’ve read at one point or another. I greatly admire Robert Ludlum and the way he intricately puts twists in his stories.

The best part of the writing process for me is holding my completed book in my hands. It’s surreal since I’ve dreamed of it since the very first time I wrote a story. The worst part of writing is the block that inevitably happens. Usually at the worst possible times too.

I feel very proud of my dedication and work with these characters. They’re as much of me as I am so I’m excited to have readers dive into Mishka’s world.

The only message I have for readers is to remember that authors write fiction and the characters will do as they please. Some people try to say that the author controls the story, but I believe the characters drive the story instead with the help of the writer.

My advice for new writers is to never give up. It’s easy to do and I’ve seen many aspiring writers put their passion aside because they were told to ‘grow up’. Breaking into the writing world isn’t easy, believe me, but in the end it’s worth it.

I have one historical murder story I’m editing right now that I believe readers would love. It’s a little different than my Russian mafia series and has more romance involved. As for afterwards, I have a few ideas brewing. 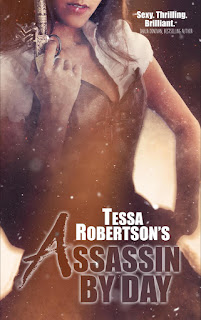 
What would you do if the mystery to your mother’s death lay with your employer?

After years of unanswered questions, Mishka Vald sets out to uncover the skhodka’s involvement in her past. What she doesn’t expect is to join forces with men who push her to become a double-agent and confirm her future. While hunting down leads, the ruthless assassin realizes a life in the shadows is the only way for her to protect those she loves.

For Mishka, forbidden love is worth the pain when it comes to Eddie Harper, a military man turned cop. Her affection waivers when duty comes first and she joins forces with an elite Russian soldier, Alexei Petrovich. With a blackmailer threatening her school love, she seeks refuge with a fellow assassin, Nickolas Volkov. And when pushed too far, she’s ushered to a secure location…and straight into the arms of mysterious handyman, Dylan Kain. As the pieces fall into place, their mangled order reveals each man’s true intention. Whose deceit can she accept and whose will obliterate her?

All roads lead back to the woman she thought dead – her mother. Now, as weddings are crashed and alliances tested, Mishka uncovers a deadly game and the players involved. Her heart, once unable to budge, is thrust into action, but which man can keep her soul intact? 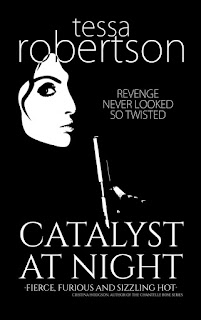 The skhodka isn’t done with their best assassin yet.
Too bad for them, as a rivaling mob – the vory – holds Mishka Vald captive. The real kicker? She’s trapped in her mother’s clutches with the two men she loves, with no escape from the devious scheme Alena Vald cooked up to destroy the skhodka.
After spiriting across the globe with one man in tow, Mishka comes face to face with her past. Piecing together the distorted memories would be easy if someone hadn’t tampered with them.
Can Mishka slip through the grips of warring Russian mobs for a chance at a normal life? Find out in Catalyst at Night, the sequel to Assassin by Day.