Fit for a King? 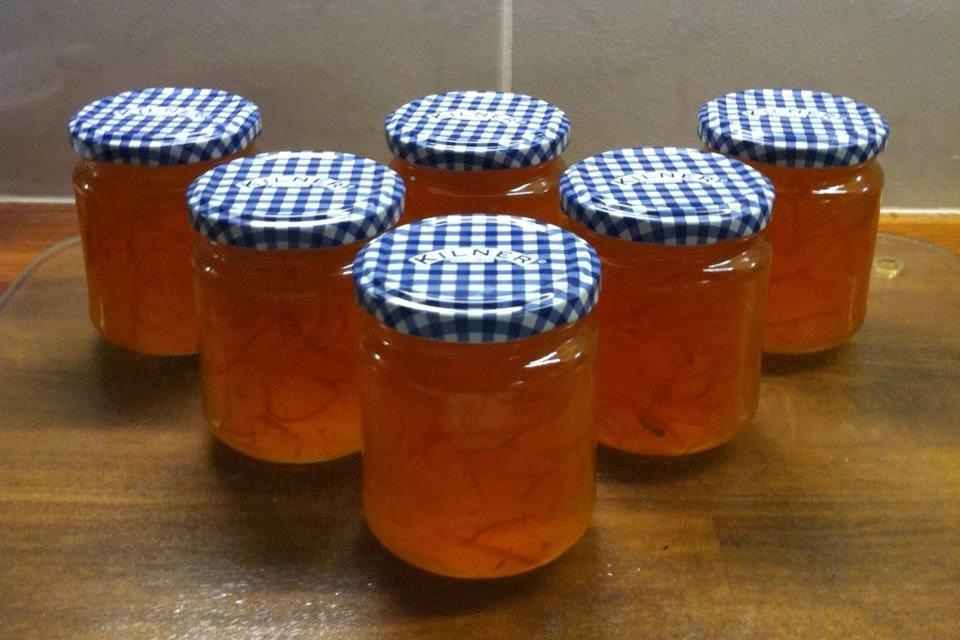 Making marmalade is one of the few things I can do with any degree of success (or even reliability). For some reason, long since lost in the mists of antiquity, I always seem to make it on January 30th - the feast day of Charles, King and Martyr.  Hence, it has become known (to me, at any rate) as King Charles Marmalade.

My dear departed Belle-Mère used to make her own marmalade which was, quite simply, the best I've ever tasted.  Some years ago she gave me the recipe, which I've since adapted for use with a microwave.  I've been using this tried and tested method for several years, and would love to share it with anyone who might find it useful.  It yields 3-4lb of sharp, zesty marmalade – with no long hours of standing, stirring, watching or burning – and no messy pan to wash afterwards!!!

You will also need:

Put a kettle of water on to boil.

Remove the rind from the fruit using the zester (this shreds it finely and you don’t get any of the pith).   Put the rind into one of the measuring jugs, and fill the jug to the 500-ml mark with boiling water.  Leave to cool (uncovered) for about an hour – during this time a little of the water will evaporate.

Meanwhile, peel the oranges and discard the pith.  Put the fruit into the large bowl and crush roughly with your hands, discarding any of the tough membranes.  Extract the pips and put them into the medium-sized bowl.  (Be warned – Seville oranges are extremely pippy!  This part of the job is rather messy, I’m afraid.  The bowl of warm soapy water is for washing your sticky paws afterwards.)  Add 250-ml of boiling water to the pips, put the bowl in the microwave, set the timer for 10 minutes, then sit down with the glass of wine, the crossword and the pen.

After microwaving the pips, stir the mixture well and allow it to stand for 5 minutes, then strain it through the sieve and add the liquid (it will look like a thin clear runny jelly) to the fruit in the large bowl.  Try to extract as much of this as possible – it is the natural pectin which will help the marmalade to set.  Discard the pips.

Now strain the contents of the other jug into the bowl and liquidise the fruit mixture using the blender.  If you want shredless marmalade you can discard the zest – otherwise stir it into the mixture now.  Add approximately one-third of the sugar and stir well.  Microwave the mixture for 10 minutes whilst you resume your attempt at the crossword.

Put all the dishes and utensils into the dishwasher.

Please note - no kings were harmed in the making of this condiment.

No more woe for Juliet and her Romeo?

Today I’m over on Catriona King’s website, talking about The Ghostly Father.  Hop over there and take a peek! 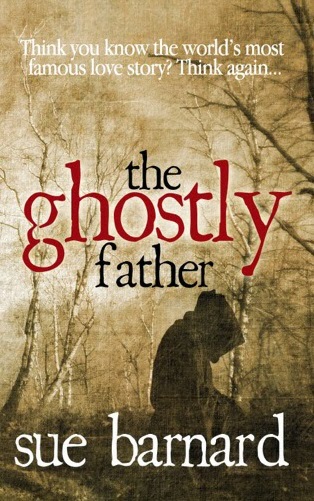 Posted by Broad Thoughts From A Home at 15:35 No comments:

Instant bestseller? I still can't quite believe it.

Officially, The Ghostly Father isn't due out until next month.  But Amazon appears to have released it early, and I've heard that some friends have already received their copies.

Last Saturday morning, I had an email from the publisher telling me that based on pre-orders alone, it was number 1 in the "Alternative History" bestseller list.

To everyone out there who has helped to make this happen, I’d like to say a heartfelt “Thank You” – I just hope you enjoy reading the book as much as I enjoyed writing it.
Posted by Broad Thoughts From A Home at 16:37 4 comments:

This morning the postman delivered this: 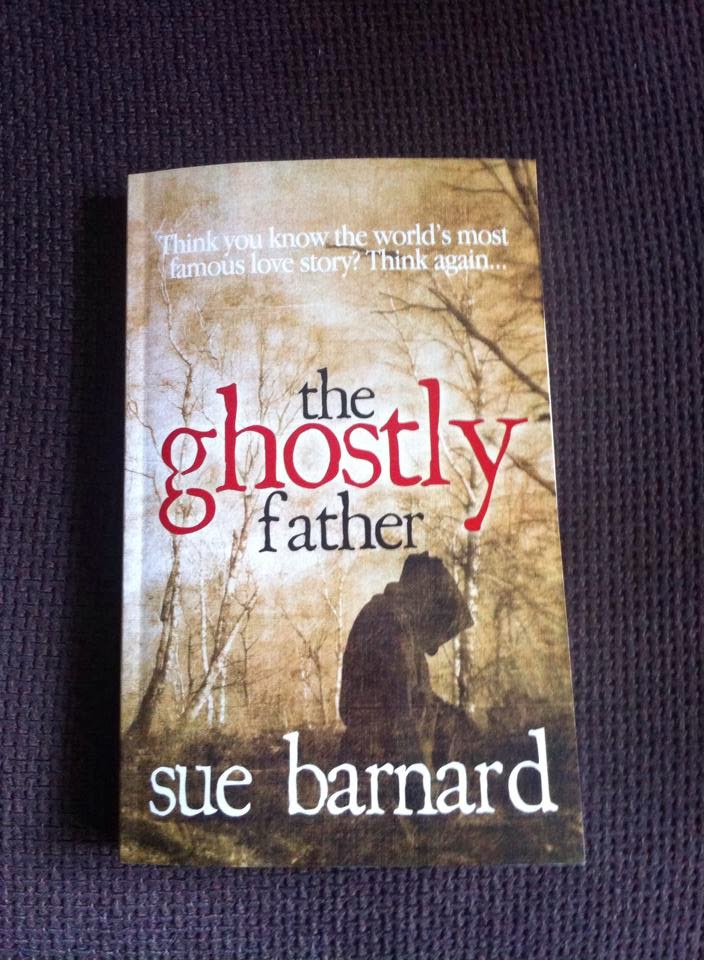 Yes, it's an actual, physical book!

Officially due out on St Valentine's Day, but you can pre-order it here.
Posted by Broad Thoughts From A Home at 16:53 3 comments:

I'm happy to report that progress on the book continues apace.  Here's a sneaky peek of what we can expect to see next month:

Posted by Broad Thoughts From A Home at 16:05 8 comments: