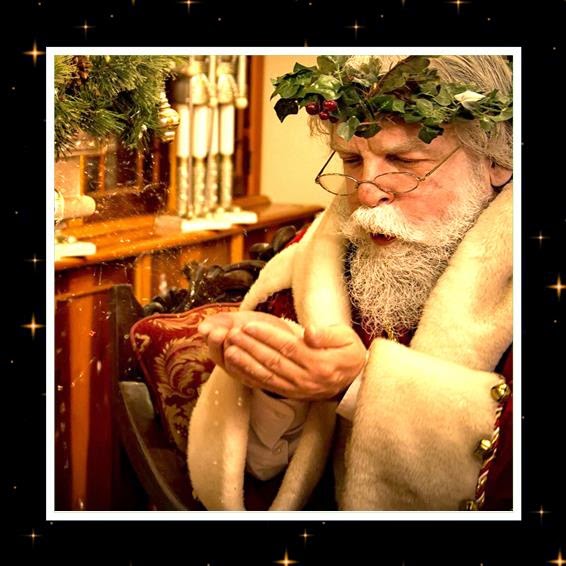 No, you didn’t read that wrong.  It was, truly, only two years ago.

Let me set the scene.  It was a grey, gloomy, rainy Saturday – one of those days where you get the impression that it’s never going to get fully light – in late November 2012.  For reasons which I won’t trouble you with here, I was spending the day, on my own, in Stratford-upon-Avon.

On a previous visit to Stratford, I’d come across a quirky little place called The Creaky Cauldron.  It’s situated in Henley Street, just a few doors down from one of Stratford’s more famous attractions, the Shakespeare Birthplace.  The Creaky Cauldron describes itself as “a wizarding world of wonder”, and anyone who loves the world of magic in general, and Harry Potter in particular, can happily pass an hour or two revelling in the place’s truly magical atmosphere.  I remembered that on my previous visit, there had been lots of fascinating exhibits in all the rooms, and I was looking forward to seeing them again.

But on this occasion, the place had been redecorated for Christmas.  The magical themes were still there, but the exhibits were now geared much more towards the Festive Season.  Including, according to the poster outside, Santa in his grotto.

Oh well, I thought, I won’t need to bother with that part of it.

How wrong I was.  Santa, it seemed, was non-negotiable.

I’d made my way through the museum’s maze of corridors and ended up on the top floor, where a young lady in elf costume was waiting at the top of the stairs.  “Once you’ve finished looking round these rooms,” she said, “I’ll take you through to see Santa.”

“Oh, thank you,” I said, trying not to sound surprised or self-conscious.

Santa himself was a kindly-looking, very well-spoken fellow with twinkly blue eyes.  He seemed not the slightest bit fazed to find that his visitor was a solitary middle-aged woman with rain-bedraggled hair and mud-splattered jeans.  (He did not, to my relief, invite me to sit on his knee.)  After we’d said “Good morning,” he asked me what I would like for Christmas.

I opened my mouth to reply.  What came out was: “I’d like to get my novel published.”

Without batting an eyelid, he answered, “What sort of novel is it?”

I told him a little about it – that it was based on Shakespeare’s Romeo & Juliet, but that in my version the story had a rather happier outcome.

“That sounds fascinating,” he said.  “Now – have you got a proofreader?  And an editor?  And have you been in contact with a publisher?”

My goodness, I thought.  I expect he gets a lot of weird requests – but what a professional-sounding answer.  Aloud  I said, “I’ve made some enquiries about that.”

“That’s good,” he said.  “It sounds as though you’re going about it the right way.  I wish you the very best of luck.  And a very merry Christmas.”

That was in 2012, and publication still seemed as far away as ever.  But less than a year later I signed a contract with a wonderful publisher , and in early 2014 my Romeo & Juliet novel, entitled The Ghostly Father, was released.  My second novel, a romantic intrigue entitled Nice Girls Don’t, was to follow a few months later.

Did Santa really work a little magic for me, back on that rainy Saturday two years ago, a mere few yards from Shakespeare’s birthplace?

Today I have the honour to be the blog guest of the lovely Seumas Gallacher, where I'm talking about The Ghostly Father.  Why not hop over there and take a look?
Posted by Broad Thoughts From A Home at 18:10 No comments: