TRACE YOUR ROOTS - a guest post by Maureen Vincent-Northam


Today I'm delighted to welcome fellow Crooked Cat author Maureen Vincent-Northam, whose book Trace your Roots is published today by Crooked Cat Publishing.  I had the pleasure of working with Maureen as editor of Trace Your Roots - and I can highly recommend it to anyone interested in researching family history. 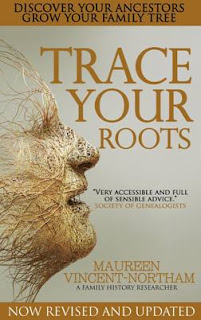 I love detective stories – my favourite being the cosy crime sort with an inquisitive amateur sleuth who pokes around looking for clues, asks questions and ultimately, after much nosing around, cracks the case.

Maybe that’s why I turned to family history research because genealogy is very like detective work. It’s all about searching out the truth, finding clues – about your ancestors in this instance, rather than a devious criminal – and assembling the final picture (or in our case the ‘family tree’).

The clues involve tracking down dates and places and who did what to whom. The proof of your findings will, hopefully, be in the original records. But there are times when you’ll get stuck and, unless you have a side-kick who, like in the whodunit novels, happens to hit upon the very thing that untangles the mystery (usually without realising they’ve done so), you’ll need a handy guide to help lead the way.

Enter Trace your Roots! The book has hundreds of helpful, tried and tested, tips – many involving less well know resources that will steer you in the right direction. It was satisfying to write and I hope it will encourage others to solve their own family puzzle.

Please join me on my genealogy blog, I’m always happy to post other people’s stories: http://trace-your-roots.blogspot.co.uk/ 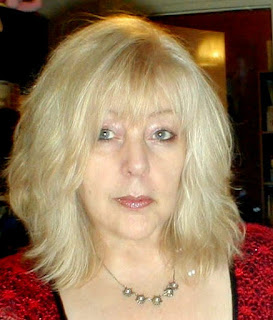 Maureen Vincent-Northam has written seriously ever since Father Christmas left her a Petite typewriter. Author of Trace your Roots, she also wrote Black Dog’s Treasure and co-authored The Writer’s ABC Checklist.

An editor with Crooked Cat Publishing, her work has appeared in newspapers, magazines, anthologies and online. She has tutored workshops, judged online writing contests and a few years ago was winner of The Writers’ Advice Centre for Children’s Books competition.

Maureen works part time in a residential home, is rubbish at cooking and, when not burning dinner, can usually be found surrounded by empty chocolate wrappers.
Posted by Broad Thoughts From A Home at 18:21 1 comment:

Last year (2014) saw the hundredth anniversary of the start of the First World War - the one which at the time was called "The War To End Wars."  Sadly that title proved to be horribly and tragically inaccurate; many more wars have found their way into the history books during the ninety-odd years since the Armistice was declared in November 1918.

One such war took place in the Spring and early Summer of 1982.  This was the Falklands War between Britain and Argentina, fought over the sovereignty of the Falkland Islands in the South Atlantic.  It is this war which forms a distant backdrop for my second novel, Nice Girls Don't. 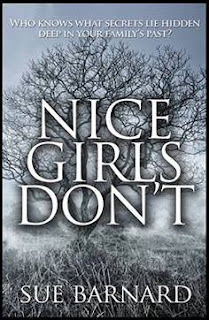 Like Emily, the heroine of the story, I was too young to remember the Second World War, but I was brought up by people who did.  My parents' and grandparents' generations had lived through one (or in some cases two) major conflicts - the second of which claimed many civilian as well as military casualties.  But the Falklands War was the first occasion in my lifetime when my home country had actively gone to war.  And, just like Emily, I was confused and bewildered.  Would this war, like those before it, also involve conscription and mass-slaughter?  What effect would it have on the day-to-day lives of ordinary people?

This led, in turn, to my thinking back to the other major conflicts of the twentieth century, the effect they had on those who fought and those who served by standing and waiting, and the long shadows which they could still cast over future generations.  What if, when researching one's family history, one discovers secrets which, because of those wars, have been kept hidden for many years because of shame and guilt? 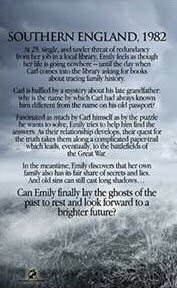 Nice Girls Don't is perhaps best described as cross-genre.  Yes, it's a romance, but it also has a generous helping of mystery and intrigue.  But it is also a story which will, I hope, challenge a few traditionally-held views.  It is difficult to discuss these in detail here without giving away too much of the story, but suffice it to say that whilst two of the episodes described in the book are based on real events, most of the narrative holds up a mirror to the circumstances, ideas and attitudes of the period.  I hope it will appeal to anyone who remembers the 1980s, but I hope also that it will show younger readers (of both genders) how much has changed - hopefully for the better - over the course of a generation.

Posted by Broad Thoughts From A Home at 11:52 No comments:

Today I'm the guest of Crooked Cat buddy Jeff Gardiner, talking about the new book.  Click here to hop over and have a peek! 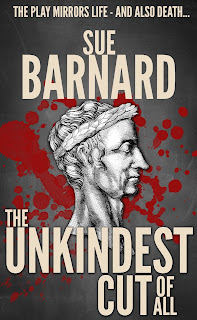 Posted by Broad Thoughts From A Home at 09:41 No comments: