Today I have a new guest - the author Anne-Marie Ormsby, whose fascinating novel Purgatory Hotel will be released by Crooked Cat Books on 7 November 2017. 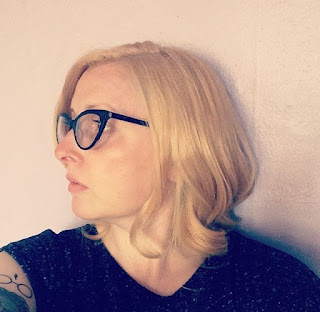 Welcome, Anne-Marie!  What prompted you to first start writing? What was the first thing you wrote?

I started writing when I was 9 after reading a book of Ray Bradbury short stories. His words were so beautiful all I could think was; “I want to write like that.” The first thing I ever wrote as far as prose is concerned was short story about a day in the desert. After that I wrote short stories for years, then moved on to poetry. I didn’t write my first novel til I was 20, and Ive never done anything with it!

OOH, sounds intriguing. What was the inspiration for this book?

There’s a Nick Cave song called God’s Hotel. It got me thinking about what if the afterlife was a hotel. Then I was thinking about that in a negative sense and the rest of the story just grew from that. 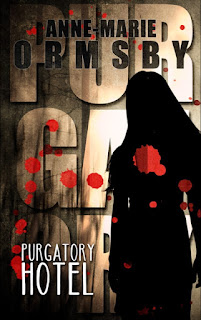 I researched a few things, such as the Babes in the Wood murders which play a part in the story. The rest is just from my brain!

It’s rare that I get a writing day as I’m a mum who works full time! Any time I get after my daughter has gone to bed is usually spent chilling out with my husband watching movies.

But I generally write better at night, so when I was writing this book originally, which was twelve years ago, I used to stay up all night with a bottle of wine and write till I needed sleep. These days I tend to write at night still, just with less wine as my child doesn’t care if I’ve been up all night writing – she will still expect me to get up at 6am…

Other stories that Im working on have characters with fairly standard names, but this one was a bit different so the names had to be too. But I find the names just come to me and I trust that part of my brain so I just go with it.

This one just kind of developed over time with no planning. I have got another book in the works that I have plotted out meticulously. I don’t know what works best yet!

My biggest influences in writing have been Ray Bradbury and Jack Kerouac. Two very different styles, but both have written some of my favourite books. And even though I don’t write in the same style, Emily Bronte’s Wuthering Heights probably set the level for the kind of romance I write about. Rarely jolly.

The best part is when I get a good flow going and I can just keep writing and it all comes out on the screen exactly how I had it in my head. The worst is when I know what I want to say but the words don’t come.

I have had my next book in my head in various forms for a few years now. The only thing I think people can expect is that it will probably involve ghosts!

I AM A RICARDIAN - A guest post by Jennifer C Wilson

Today I have the great pleasure of welcoming back my dear friend and fellow-scribe Jennifer C Wilson.  I've worked with Jen as editor of two of her novels (Kindred Spirits: Tower of London and Kindred Spirits: Royal Mile, both published by Crooked Cat Books - details below), but tomorrow will see her first venture into self-publishing with the release of her latest book, The Last Plantagenet? And, believe me, it sounds truly amazing. 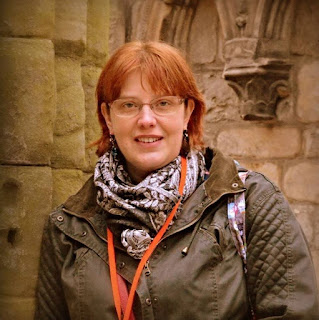 Hi Sue, and thanks for inviting me to join you on the blog today.

It’s ‘publication eve’ and I’m fretting, as usual. Well, partly fretting, and partly oddly calm. This is the first dip of my toe into self-publishing, and although I’m nervous it’ll all end in failure, I’m also slightly content in that if that is the case, at least I’m not letting anyone down…

The Last Plantagenet? has been several years in the making, having started life as an idea for an (at the time) new Mills & Boon line, Historical Undone, looking for historical fiction with a twist. I decided to explore the idea of being transported back to the court of Richard III, and the idea just expanded from there to a short piece of just under 20,000 words. Below is one of the scenes from early in the story, just as Kate finds herself somewhere, but where, or when…?

Kate forced herself to focus. She was standing, albeit uncertainly, still in the same kitchen, beside the great fireplace, but now, the flames were a lot more real than they had been minutes earlier. She gradually realised the voice was coming from a young man in front of her, around her age, shouting at her, wearing a smart, colourful livery, emblazoned with the royal crest. A live kitchen demonstration hadn’t been part of the day’s programme, but whatever was going on, this man seemed real enough, she thought, looking him up and down. As he continued to stand in front of her, so did his anger.

“Now! This bread isn’t going to deliver itself!” he barked at her again, pointing to the pewter tray by the side of the fire.

Kate opened her mouth to argue, explain that she wasn’t part of the re-enactment, that there had been some sort of mistake, and that she really was just there to watch, not play along. But the man wasn’t listening. He was staring at her, clearly waiting for her to do something. She looked around her in confusion; how had health and safety allowed a man to stand, half-naked, as he turned the spit in the flames, fat from the roasting pig flying in all directions? Wait. A half-naked man? Kate found her eyes wandering, then, remembering the liveried servant and keen to avoid another blast of his anger, she picked up the tray he had indicated, and followed him from the room. The pig, and the man, would no doubt still be there on her return; she could return later, if it so took her fancy. She thought back to every re-enactment she had ever attended, and tried to pull herself together; she knew enough to get through whatever situation she had found herself in.

As they rushed up the narrow stairs, trays balanced precariously, Kate tried to understand what could have happened to her. Her first thought was that it was all a dream; that the lightning must have dislodged some masonry, and knocked her out. But this was all too real. The smells were so pungent, the blazing heat of the fire so fierce, and the cloth of her dress... Her dress! In her haste to pick up the tray, Kate hadn’t even noticed what she was wearing. Now, she looked down on herself, noting the intricate, albeit relatively shabby lacing on the front of her gown, leading down to the low-heeled clogs on her feet. All her life she had yearned for a dress like this, although, if she were honest, something of higher class than serving clothes would have been nicer. Then a thought stopped her in her tracks. She had been in jeans, t-shirt and ballet pumps at the re-enactment. Who had dressed her up like this? And where were her own clothes? Nervous, and now uncomfortable at the thought of being manhandled when unconscious, Kate looked about her: the lad who had shouted at her earlier, the other ‘servants’, those in a higher quality of dress that they were encountering as they made their way through the stone passages; any of these people could have done anything to her. The day felt a lot darker than it had started out. For a moment, the thought flitted into her mind that somehow, this really was fifteenth century England, and clearly, Kate’s role in this time was that of a serving girl, not a duchess. But still, it couldn’t truly be real, could it? Some sort of concussion, or drug-based stupor, brought on by too strong a medication given to her after she had somehow knocked herself out, or injured herself as she ran in from the rain. That was it. Cobbles did get slippery in the rain, after all.

If you’d like to find out more, then please come and join in the online launch tomorrow evening over on Facebook here, and of course, the book itself is available for pre-order here right now, if you want to make sure it’s on your kindle first thing to get reading… 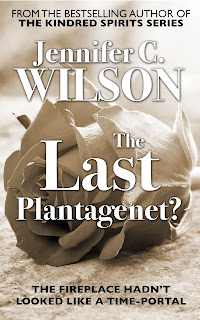 Jennifer is a marine biologist by training, who spent much of her childhood stalking Mary, Queen of Scots (initially accidentally, but then with intention). She completed her BSc and MSc at the University of Hull, and has worked as a marine environmental consulting since graduating. Enrolling on an adult education workshop on her return to the north-east reignited Jennifer’s pastime of creative writing, and she has been filling notebooks ever since. In 2014, Jennifer won the Story Tyne short story competition, and also continues to develop her poetic voice, reading at a number of events, and with several pieces available online. She is also part of The Next Page, running workshops and other literary events in North Tyneside.

Jennifer’s debut novel, Kindred Spirits: Tower of London, was released by Crooked Cat Books in October 2015, with Kindred Spirits: Royal Mile following in June 2017. She can be found online at her website, on Twitter and Facebook, as well as at The Next Page’s website. Her timeslip historical romance, The Last Plantagenet? is available for pre-order now.


Posted by Broad Thoughts From A Home at 08:14 No comments: