My guest today is my dear friend and fellow-writer Nancy Jardine.  Welcome back, Nancy.  It's lovely to see you here again - and I believe you have some news? 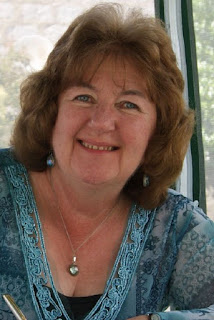 Hello Sue, and thank you for inviting me to revisit your blog!

I’m absolutely delighted that I have something brand new to share with your readers. Agricola’s Bane, the 4th book in my highly acclaimed Celtic Fervour Series was published yesterday with Ocelot Press. Both ebook and paperback are now available to buy on Amazon. The ebook launched yesterday but there will be a local (to me) paperback launch event on the 22nd November at the Garioch Heritage Centre, Inverurie, Aberdeenshire. At this event, I’ll be giving a PowerPoint presentation on Roman Aberdeenshire before the Book Signing session.

Book 4 continues the tales of my Celtic Garrigill warrior clan – this time featuring Enya, one of the younger Garrigill clan members. The date at the outset of Agricola’s Bane is mid-November AD 84 and the location is territory (Aberdeenshire/ ). The Late Iron Age tribal warriors who have survived a very recent battle against the Ancient Roman armies take refuge in the hills. General Agricola continues to march northwards in his quest to claim even more territory for the Roman Empire, yet discovers he is thwarted by more than the local warriors who continue to be very adept at guerrilla warfare. Going near the Roman legions means risking a stabbing death under a Roman gladius, but Enya of Garrigill and her companions must also evade the traitorous Vacomagi who have signed up for Roman coin!

Here is a little bit more from the blurb….

Nith of Tarras aids Enya of Garrigill in the search for her kin, missing after the disastrous battle at Beinn na Ciche fought between the warriors and the mighty Legions of Rome. Enya soon has a heartrending choice to make – should she tread Vacomagi territory that’s swarming with Roman auxiliaries to find her brother? Or should she head south in search of her cousin, who has most likely been taken captive by the soldiers of Agricola?

General Gnaeus Iulius Agricola – Commander of the Britannic Legions and Governor of Britannia – is determined to claim more barbarian territory for the Roman Empire, indeed plans to invade the whole island, but finds not all decisions are his to make. It increasingly seems that the goddess, Fortuna, does not favour him.

The adventures of the Garrigill clan continue... 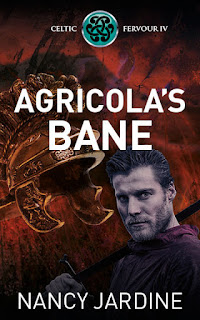 Nancy Jardine writes contemporary mysteries; historical fiction and time-travel historical adventure. Her current historical focus is Roman Scotland, an engrossing pre-history era because her research depends highly on keeping abreast of recent archaeological findings.
A member of the Romantic Novelists Association, the Scottish Association of Writers, the Federation of Writers Scotland and the Historical Novel Society, her work has achieved finalist status in competitions.

She lives in Aberdeenshire, Scotland, with her husband, but life is never quiet or boring since her young grandchildren are her next-door neighbours. She regularly childminds them, those days being cherished and laughter-filled.