WALKING ON WILD AIR - an interview with Yvonne Marjot


My guest today is my dear friend Yvonne Marjot, whose wonderful novel Walking on Wild Air has just been re-released through Ocelot Press. 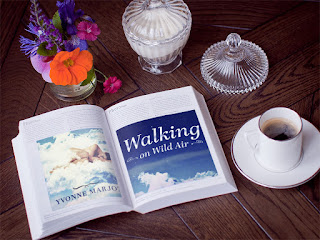 Welcome, Yvonne.  And many congratulations on the new launch.


I can’t remember a time when I didn’t make up stories and poems. I have a copy of my first science fiction story, written aged 10. It was about a colony ship travelling for thousands of years to seed a new planet with human life. My mum used to say I wouldn’t know the truth if I fell over it in the street. Hmm… I wonder what she meant?

Walking on Wild Air is a paranormal romance, a ghost story with a twist, set partly in Sri Lanka and partly on a Scottish island. Sushila Mackenzie travels to her father’s home to scatter his ashes. There she meets a man who will change her life forever, but there is much more to Dougie MacLean than meets the eye. Can their love survive the collision of such different worlds?

I’ve always been fascinated by Greek mythology, and ancient ideas about little gods everywhere: the genius loci of springs and woods. I wanted to write a story which crossed over between the real world and a magical realm, and to set it on the Scottish island where I live.

I love research. It’s a great excuse for putting off the writing. Actually, a friend challenged me to ‘write a romance in six weeks’ and I did so: the first draft of Walking on Wild Air was written in a mad rush during one school summer holiday. Only afterwards did I go away and do some reading around the subject, and it was then that I wrote the parts of the story which give Dougie’s point of view.

I work full time and until recently I was also a lone parent, so writing has been my escape from real life. However, I wasn’t able to really get my teeth into until my sons grew up and left home. Now, during lockdown, I try to get up and write a little every morning before getting on with my day. It’s been so successful that I’m determined to keep doing it even when I go back to work.

Names are really important to me. Sometimes I choose them because their underlying meaning speaks to me. Dougal comes from a Gaelic phrase, ‘the dark stranger’ (Dubh Gall), which I thought was appropriate. Sushila is named after the daughter of a man I worked with decades ago. I never met her, but he spoke often about how wonderful she was, and I wanted to channel some of that affection into my character.

When I start writing a novel I need to know the names of my characters and to have a fell for the kinds of people they are. It’s vital I know the ending/climax, and I often write that before I start work. Then it’s a question of writing towards the ending. I make notes for myself along the way, but I never have a formal plan.

I’m a reader first of all, and I read very widely, but my favourite genres are fantasy and SciFi. I’ve been hugely influenced by writers such as Ursula K Le Guin, an absolute master of her art, and also by Barbara Kingsolver who writes lovely contemporary literary fiction often with a scientific or ecological theme. I’ve also deliberately read many modern writers of paranormal fiction to work out what I like, and don’t like, about their styles.

I’ve really enjoyed revisiting Walking on Wild Air, which was first published in 2016, and rewriting it to make it even better than before. This is my favourite of all my books so far. I’m delighted that it’s going to be available again.

Be prepared to work hard, and to make little or no money. Do it because you love it—because not to write would be intolerable. Read widely, learn from your mistakes, but most of all have fun!

This year I will also be re-publishing my archaeological romances, The Calgary Chessman trilogy. I’m working on the second book in a sequence of post-apocalyptic SciFi/Fantasy novels, Tales of the Broken Road. Publication has been deferred because of Covid-19 and I now hope it will come out in 2021. My book of short stories, Treacle and Other Twisted Tales, is still in print and there’s definitely another collection of short stories quietly stacking up in my files. Am I ever going to stop writing? Not a chance. 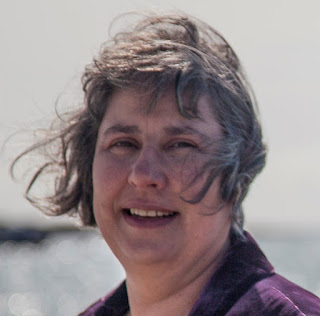 
Yvonne Marjot is a published poet and author, and once won a case of port in a poetry competition. Her four novels, the Calgary Chessman trilogy of archaeological romances, and the paranormal romance Walking on Wild Air, have recently come out of contract and she will be self-publishing them in 2020. Her collection of short stories, Treacle and Other Twisted Tales, is still in print.

She lives on a Scottish island where she is volunteering during the Covid19 lockdown, but normally runs the local public library. She has three grown-up children and a very naughty cat. 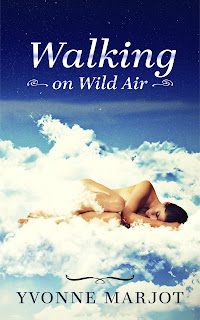 More about Walking on Wild Air:

She is a wounded soul fleeing a terrible grief.  He has been alone forever.  They find solace in each other on a remote Scottish island, but can love survive the collision of such different worlds?

Escape to a place forged not by time, but by memories.

"A story as beautiful and haunting as its Scottish Highlands location." Shani Struthers, author of the Psychic Surveys series.

"If you want a story with romance, magic, mystery and the paranormal, then surely this is the book for you."  Edyth Harrison.

"A story to touch the heart."  Christine Nedahl.

Posted by Broad Thoughts From A Home at 14:53 No comments: 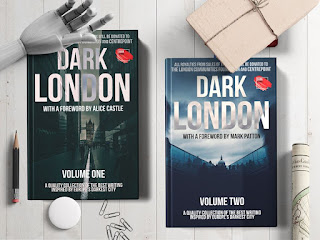